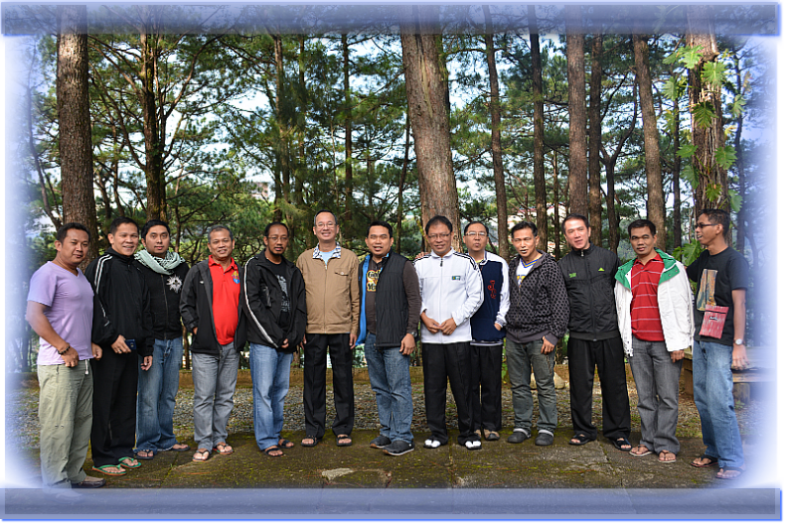 THE CONGREGATION OF THE MISSIONARIES OF THE COMPANY OF MARY

This religious congregation of priests and brothers is popularly known as Montfort Missionaries.  Their initial is SMM which is taken from its official name in Latin which is Societas Mariae Montfortana. It began in western part of France in the 18th century.  Its founder is Saint Louis Marie de Montfort a well known “apostle of Mary”. Hence, this congregation has a strong missionary and Marian character.

The Company of Mary has no specific date of foundation because it took shape in a span of twenty two years. However, its beginning can be traced in 1705 when a brother committed himself to follow Fr. De Montfort in the mission in the countryside of Western France.  This event is believed to be the first step in the realization of the dream of St. Louis Marie de Montfort to have a small band of missionary priests under the banner of the Blessed Virgin Mary.  The goal is primarily to teach catechism to the poor and to make Jesus and his Mother Mary loved.  There were only a handful of followers at the moment of the death of the founder and three of them namely, Fr.Rene Mulot, Fr. Adrien Vatel and Bro. Mathurin Rangeard remain faithful to his inspiration.  His early death left the three disciples confused but stayed together helping the Parish of St. Pompain.  After two years 0f studying and praying they were given opportunity to preach like Fr. De Montfort upon invitation of a parish priest. They tried and it turn very successful. From that time on they were a lot of invitations to preach parish missions. They were simply known to the people as missionaries inspired by Fr. De Montfort depended on Divine Providence.   They were supported by many parish priests and bishops until they were asked by Mother Louise of Jesus, the co-foundress with Fr. De Montfort of the Daughters of Wisdom to stay also at St. Laurent sur Sevre.  Although Fr. Rene Mulot was appointed the superior of the Daughters of Wisdom the priority is still the itinerant missions. More priests and brothers joined the band of missionaries and for many years slowly developed into what is known today the CONGREGATION OF THE MISSIONARIES OF THE COMPANY OF MARY.

The Montfort Missionaries came to the Philippines in 1984 upon the invitation of Jaime Cardinal Sin who visited the General House in Rome. The founding Fathers were Fr. Claude Sigouin from Canada, Fr. Mario Belotti from Italy and Fr. Jose Luis Sandoval from Columbia.  They settled in New Manila Quezon City.  The purpose of which is to promote vocation as well as to help Marian devotees especially the Legion of Mary deepen their Marian spirituality.  They started to recruit candidates in 1985 and began the first Novitiate formation in 1987.